Bunifu ScrollBars is a control-set consisting of the vertical and horizontal scroll bars, which I'd say is very essential if you wish to go a mile further in building better designs for your applications. It basically allows you to have customizable scroll bars for use when scrolling through container controls such as Panels, Flow Layout Panels, Data Grids, and other third-party controls. With it, you can style the thumb (which we'll talk about shortly), the scroll bar's background, provide animations during scroll, attach the scroll bars to any container control, and everything else that comes with the standard Windows Forms scroll bars.

Here are some sample previews of the vertical scroll bar in action:

The one question that users ask when it comes to custom scroll bars is one: How will I integrate this scroll bar with a Panel? (or a FlowLayoutPanel, Custom Control)

And well, that's the right question to ask! Bunifu ScrollBars provide binding support for the major container controls, including:

Using the property BindingContainer , Bunifu ScrollBars can blend easily with container controls, allowing users to scroll through items just as they do with the standard windows scroll bars.

Here's an example from the Todo application posted before where a Panel was bound to a vertical scroll bar:

From the example, you notice that items have already been added to the Panel, then the Panel is bound to the vertical scroll bar. Once a container is bound to any Bunifu ScrollBar, every activity involving items, be it adding or removing them, automatically updates the scroll bars with the necessary size and value changes, be it that you're working via code or manually. This works for both the vertical and horizontal scroll bars.

We'll now take a look at binding a Flow Layout Panel and later on go through some of the methods you can use to bind containers using code.

Just like with a normal Panel, Bunifu ScrollBars can easily bind with a FlowLayoutPanel or any other custom container controls implementing it's interface:

Now, let's look at the available methods and property you can use in code:

Scrolling using Bunifu ScrollBars has been made smooth and direct at the same time. Let's discuss the various scroll options provided.

Cursor Changes You can provide cursor changes when scrolling using the property AllowCursorChanges :

Scroll Animations Animations is one of the most wanted features in our controls suite, and so we've made it possible simply by enabling the property AllowScrollingAnimations :

Scroll Keys Detection As one of the core features with scrolling, Bunifu ScrollBars provides scrolling using the standard Arrow Keys, that is: top, bottom, left, right. This is enabled by setting the AllowScrollKeysDetection to true . This also supports the PageUp and PageDown keys. Likewise, to use the Home and End keys for scrolling, simply set the property AllowHomeEndKeysDetection to true . This lets you to move from one end of the range to another (that is, Maximum to Minimum and vice-versa):

Scroll Options Menu By default, Bunifu ScrollBars come integrated with a custom Scroll Options Menu which allows you and your users to navigate through any container control. You can either enable or disable it by setting the property AllowScrollOptionsMenu to true or false respectively:

Shrinking When Inactive Another neat feature we've integrated with Bunifu ScrollBars is the ability to shrink the scroll bars whenever they're inactive using the property AllowShrinkingOnFocusLost . This means that the scroll bars will shrink to a specified value when not in use and auto-grow when in use. You can set the shrink-size limit using the property ShrinkSizeLimit which accepts an integer value.

Currently, this feature will only be active whenever the BorderRadius is set to 1 . We will be working on including it also with curved scroll bars, so don't you worry...

As with all other Bunifu UI controls, you can fully customize Bunifu ScrollBars to meet your needs. From setting a custom border radius and thickness, to applying various colors and more, you're never limited in coming up with good designs.

You can customize a scroll bar's border and background by changing its BorderRadius , BorderThickness , BorderColor , BackColor and ThumbColor:

Thumb Options With the thumb (mover) comes some few main customization options. They include:

You can also change the thumb's length using the ThumbLength property. This however is only available via code and therefore not in the Properties window:

As you may have noticed, whenever the thumb is hovered or pressed, it lightens or darkens. This is because the properties AllowMouseHoverEffects and AllowMouseDownEffects are enabled:

Scroll bars have been one of the greatest needs for most Windows developers to override and style to their liking, and we believe that with the ton of work we've put into them can help you go that extra mile by providing customized scroll bars for all container controls with item collections. Therefore we urge you to go ahead and replace those old Windows ScrollBars with Bunifu's and taste the difference. 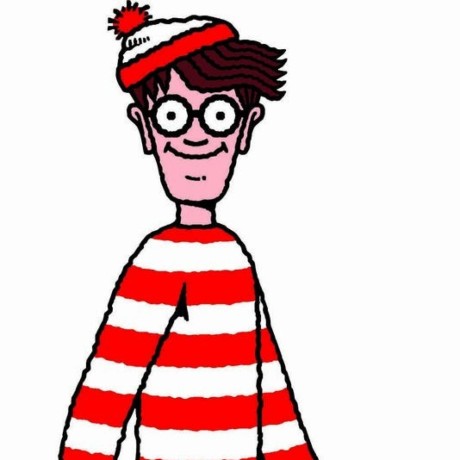